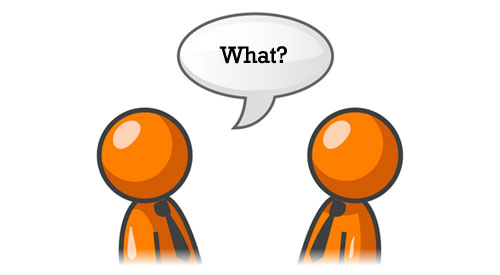 how does it feel like to be attentive all the time all day long? its been quite a while since i did that.

There are three kinds of people in this world.
1. The ones who are so into their work that they dont even get distracted by the worldly happenings.
2. The ones who do their work sincerely and on the event of distraction, they embrace it and do both the work at a time.
3. ME. I do a work properly and on account of distraction i move to that and in a few min I’m doing neither and concentrating on something totally unrelated to both like what band to listen to while going back home, or

even the pirates of somalia 😛

Was i always been this way? Well, no. I was one of those minds who could think of one thing forever, get into the minute details of it. What changed that to lack of attention? I wasn’t paying attention when tat happened! (read the title again) but there are two things i suspect that maybe the big reason behind the change.

1. Anna University (engineering in general).
2. Tamil Cinema (or Indian cinema in general, i’m one of those who doesn’t believe in the “bollywood” “kollywood” tollywood” separation..i believe its all (most of it) a part of one big pile of cow-dung, why dig through and differentiate it)

The former played a bigger role in making me lazy. I was the mind who thought of using the motion of a vehicle to charge up a battery which in turn runs the same vehicle, something in the likes of perpetual energy while in high school. When i chose engineering and ECE (Electronics and Communication) in particular, i was thinking of a holographic, three dimensionally projected communication protocol thingy (class 12) for my final year project and then it shifted to prosthetic arm which could be moved at the will of the person to which it is attached (pre-final year). Did i use all that skill and thinking in engineering? No. All i needed was one skill, Presentation. I wrote my answer papers neatly so that the evaluator didn’t want to spoil it with a red mark and believed students with good handwriting are generally good in studies. Half the questions expected me to prove A = B, which was easy. Start in page1 from A and get to some C, Start at the end of page 3 in reverse from B to end up in C and “Hence Proved”. The professor’s text book knowledge and evaluator’s lack of interest in going through each line just made life easier that i don’t have to pay attention to every single detail. It just got better of me that i was able to write on anything by just knowing the concept behind it. In a nutshell engineering has taught me how to yawn without opening my mouth and how to sleep with eyes open. So much for the 3 dimensional communication protocol thingy.

High school was the time i started watching more movies. Indian cinema at its best churned out somewhere to the north of 500 movies a year, each year with no signs of slowing down and me, having lotta time to spare, tried watching most movies possible. Engineering gave me more time to spend and with the price of portable flash drives decreasing and its capacity increasing, i used to watch every movie i got in my pen drive. Some were the ones i wanted but most of them were the ones the guys forgot to delete before they gave my pen drive back. Cheap ass horror flicks which scared you nothing more than a rom com if you watch it in the morning, telugu and hindi movies which were promised to be different and taking indian cinema to hollywood standards. These movies taught just one thing to me, you dont have to attentive throughout the movie. The first 10 to 15 min intro sequence and the twist (?) in the interval and the last 5 min where someone dies and others live happily ever after. It got all predictable in a few days and i could predict the twist the director had thought of for a year even before the interval. (This is the reason why people found it difficult to praise inception kind of movies, by the time it reached climax, they would wake up and be like what?where? what happened to the villain? where is the scene where the villian pushes leo’s mother down and kidnaps the heroine? why is leo and team carrying the wounded villain rather than letting him die? mind you, the first few min showed ken watanabe like a bad guy ). Indian cinema, atleast the ones which are widely advertised still require the same amount of attention needed to drink frooti using a straw.

I can still pay attention to everything in detail but all this has made me think why pay something that is never needed! Watching the scenes may be mandatory in a theater but paying attention is optional, you will understand the movie anyway. For a country which will soon have an engineering college per every 100 students eligible ( it will, evlo bet? ), engineering is still taught on paper and the colleges which are allegedly said to inspire creativity are nearly exclusive to those who are living in the premises of a coaching center or are born to do it (with reservation).

I’d rather think about the band to listen when i leave home or the global warming instead of wasting time with paper formulas and crap movies. It will be a life well spent.